Pudding is to Christmas what Turkey is to Thanksgiving! These non-boring pudding recipes are sure to make your Christmas a very memorable one!

This cozy bread pudding is full of fall spices and flaky, buttery croissants.

If you aren’t having the traditional pudding, then you need to try this Instant Pot Alternative Christmas Pudding. It’s chocolate, through and through! 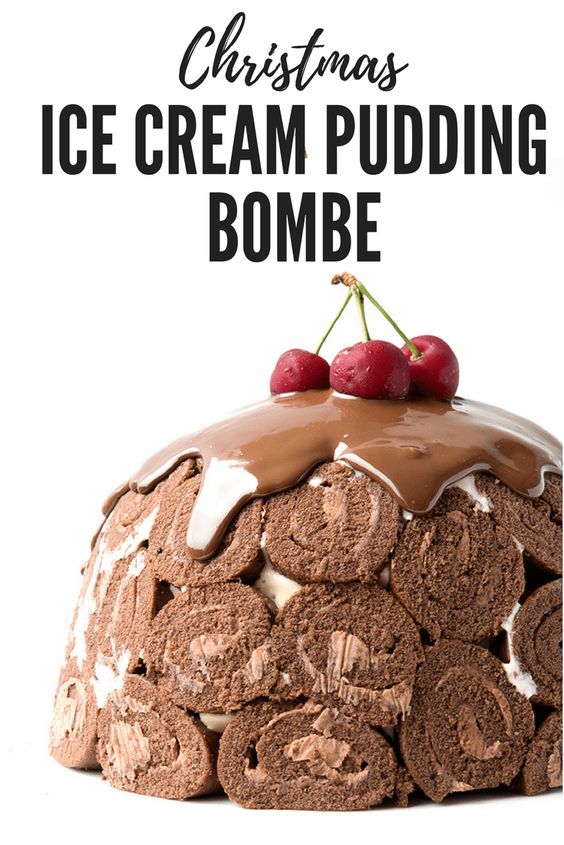 This traditional British Sticky Toffee Pudding dessert gets a slight makeover with sweet California prunes instead of dates. Tender sponge cake is coated in a buttery and luscious caramel sauce. Every bite is to die for!

It’s just not the holidays without eggnog, and there’s no better way to consume it than in a big slice of Eggnog Bread Pudding with Warm Whiskey Sauce!

If you’re looking for a little something to stand tall front and center in your Christmas dessert spread, look no further. This healthy, grain-free, naturally sweetened sticky date pudding is dressed to impress… and don’t forget the tinsel! 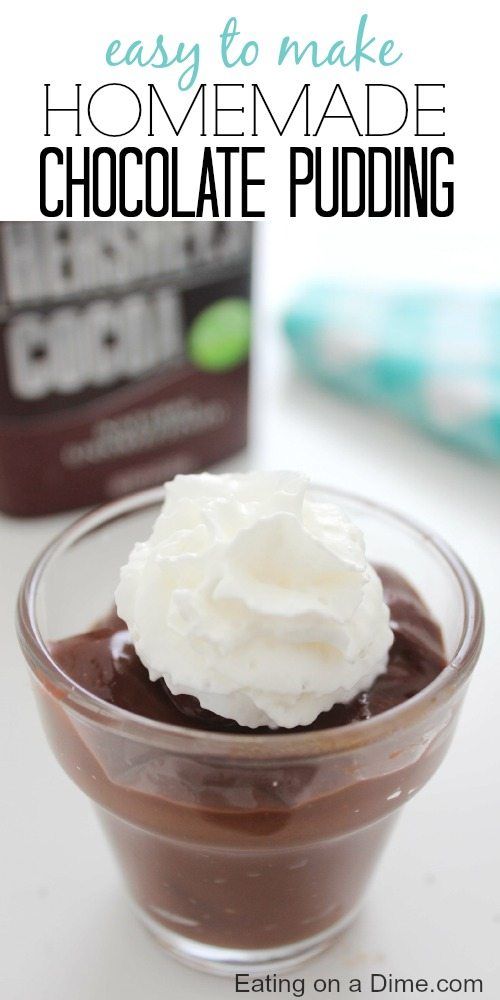 You have to try this homemade chocolate pudding recipe. When you have a big family, it is much cheaper to just make it at home and it makes for a delicious after-school snack or an easy dessert.

This creamy, minty, chocolatey pie offers everything you’d expect from a Christmas pudding pie. Silky smooth, easy to make and  bursting with flavors that everyone loves!

Easy homemade pudding cake! This Gingerbread Pudding Cake is a moist apple gingerbread cake that makes its own caramel apple sauce while it bakes.

A Yorkshire pudding is a thing of great beauty and a stalwart of and British Roast Dinner, forget the frozen ones go big on this foolproof recipe.
From: Krumpli

This bread pudding is a Christmas classic in Hungary. Poppy seed is a favorite ingredient all over Central Europe and is a symbol of wealth and fertility. It is quick and easy to make with a simple recipe! 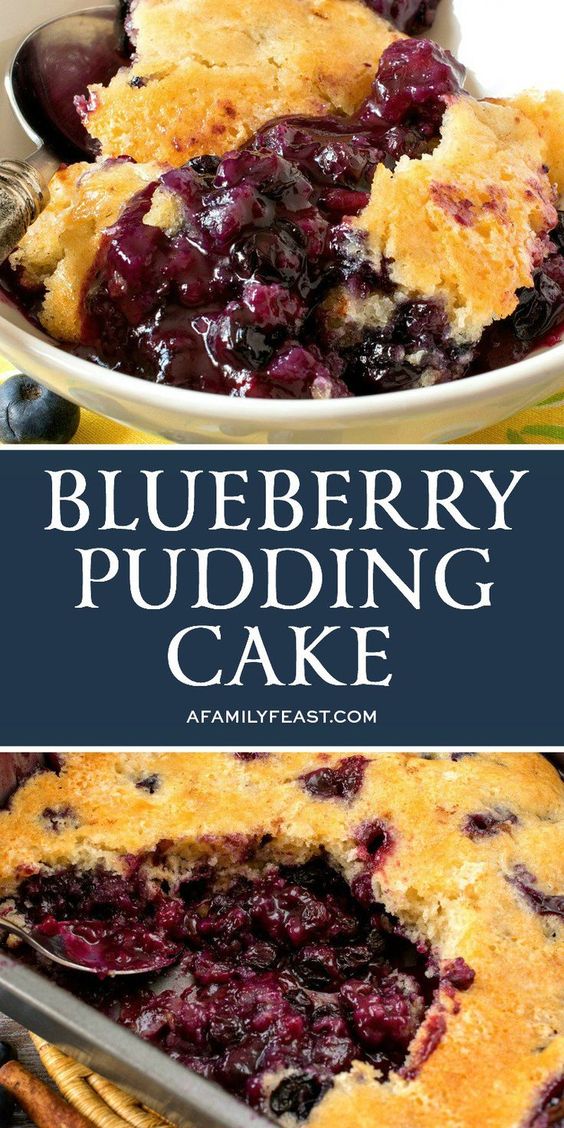 Grab a spoon and dig into this Blueberry Pudding Cake – a luscious, warm blueberry sauce is hidden under a perfectly sweet lemon-almond cake.

Served warm with some vanilla ice cream, a good pumpkin bread pudding can become your favorite very quickly. It is easy to make and can be done with your kids!

Try out this easy Muffin Tin Bread Pudding. They are perfect for holiday parties because they come out in individual servings and since each one is cooked in its own little compartment you can make multiple flavors so everyone gets something they like!

This pudding is a gloriously rich, dark and stodgy in the nicest possible way a pudding can be, but the figs give it an almost honey-like sweetness and apricots and oranges bring a tang and some tartness to the party!

Steamed Molasses Raisin Pudding. A longtime Newfoundland favorite that’s easy to make and is delicious served with our recipe for the simple butterscotch sauce. 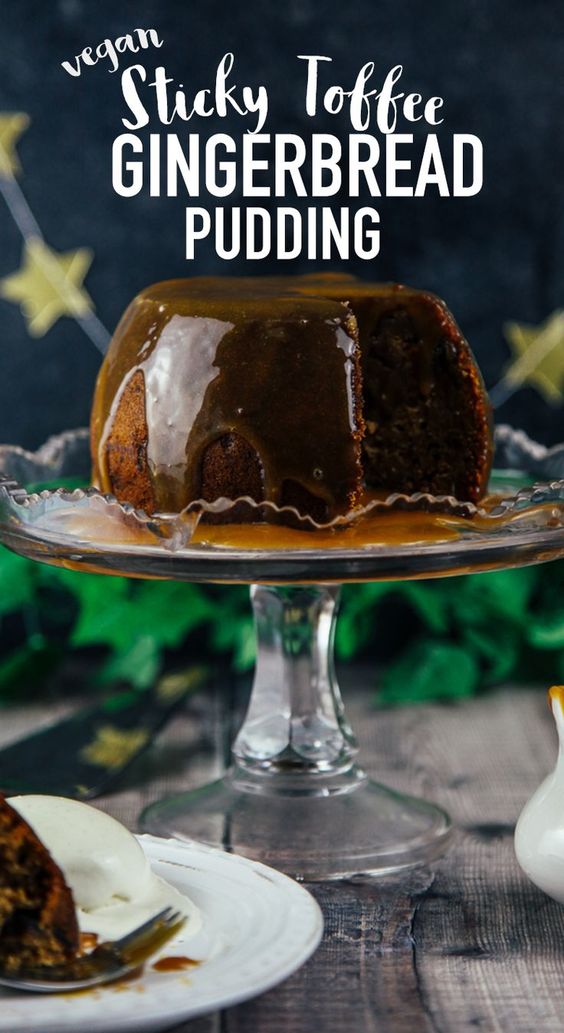 This vegan sticky toffee pudding recipe is packed with ginger and served with lashing of toffee sauce for extra indulgence. The perfect Christmas dessert.

Eggnog Pudding, a homemade pudding made with eggnog is yummy on its own or in desserts!

Enjoy this low carb Christmas pudding as the crowning glory of your festive meal. It’s sugar-free, gluten-free and suitable for diabetics. Even better, it’s ready in just over 10 minutes!

An easy make-ahead dessert perfect for the holidays! This spiced Gingerbread Pudding Cake cooks in the slow cooker and keeps your oven free.

There’s something really special about following a recipe that has been passed down from mother to daughter for generations. This recipe is chock full of tradition and absolutely delicious!

If you need an antidote to the traditional Christmas Pudding, give this recipe a try!

The fudge itself really easy to make, just four ingredients.  The decorating is a little more tricky but nothing too taxing.  It makes a fabulous homemade Christmas gift that will be loved! 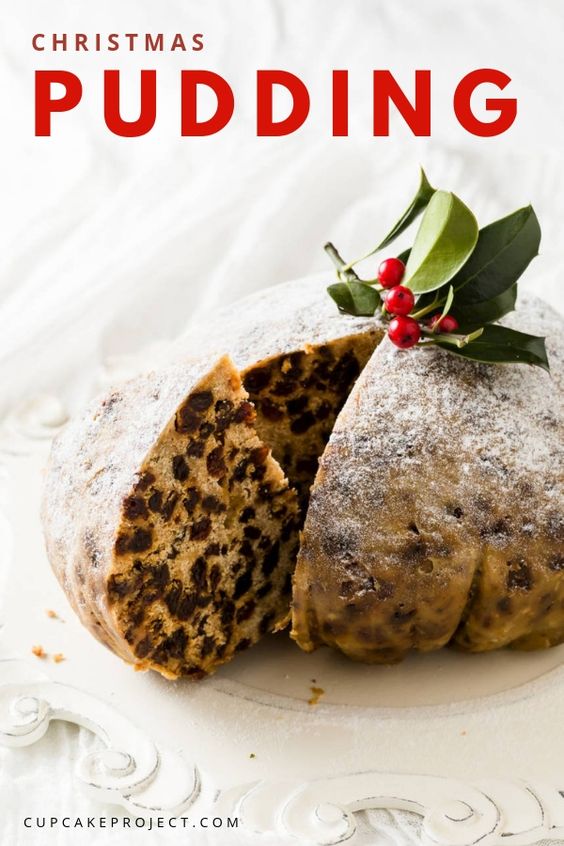 Plum pudding has a dark history. It used to be illegal to eat because it was banned for a time as a pagan decadence in Oliver Cromwell’s England. This Plum Pudding, adapted from Eliza Acton’s 1845 cookbook, is a heavy, hearty dessert that stays true to its time period. 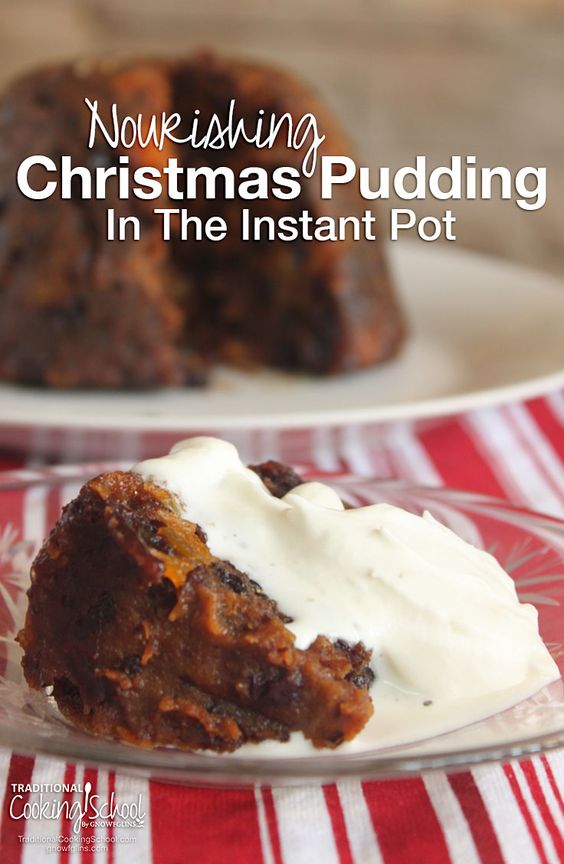 Starring traditional Christmas flavors, this simple but nourishing Christmas pudding is also free of gluten and refined sugar. It even uses coconut oil instead of suet. 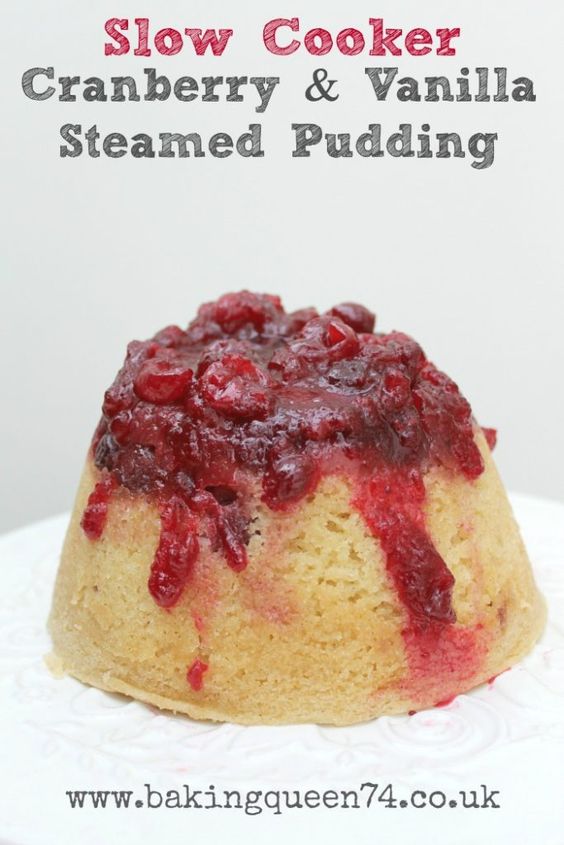 This recipe for a slow cooker cranberry and vanilla steamed pudding would be great as an alternative to Christmas pudding or just as a winter dessert. 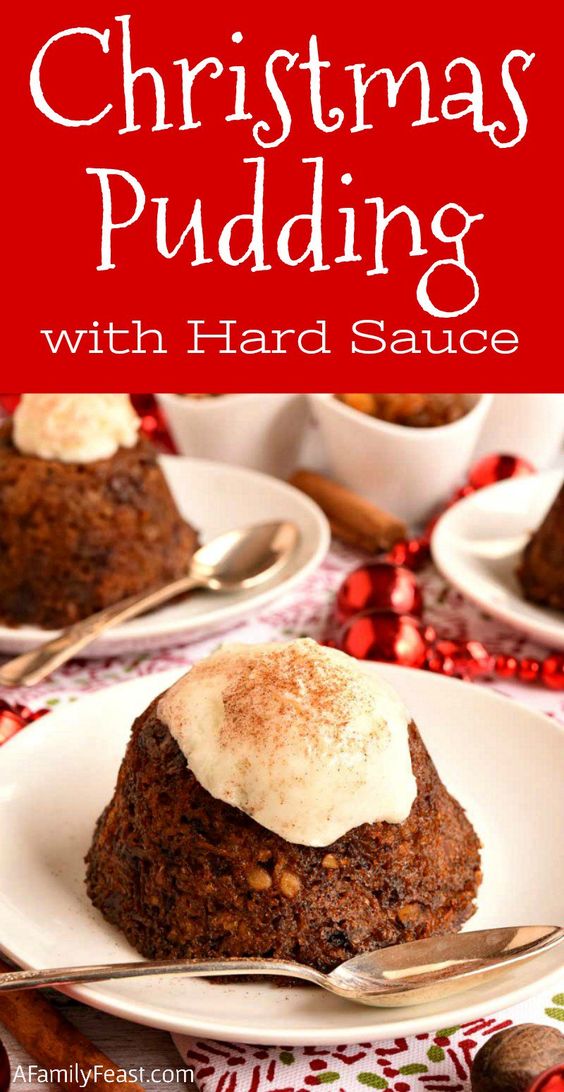 Our recipe for Christmas Pudding with Hard Sauce is a quicker, easier version of the classic British dessert, but with all of the spicy delicious flavor!

This incredible paleo Christmas pudding is full of festive flavors, yet it’s a much healthier than a traditional version. It’s made with a secret ingredient to keep it luscious and moist.

The name itself conjures visions of Christmas and sugarplums and family… and tradition. A moist and tender Christmas pudding, redolent with the spices of Christmas, figs, and oranges.

These Christmas Pudding Cupcakes are the Christmas baking project for the person who is just not a baker! 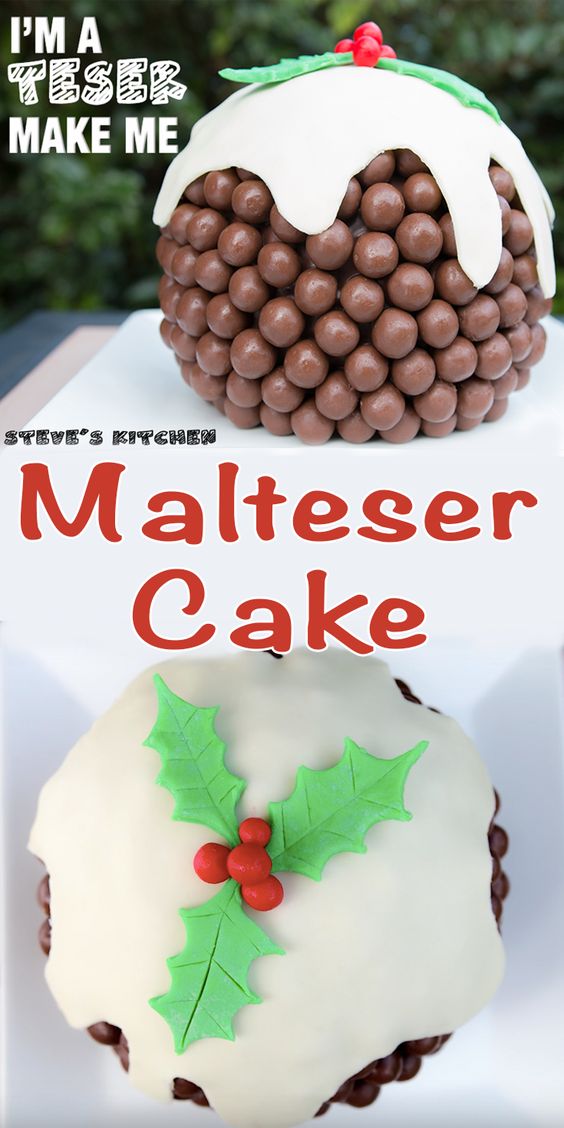 If you’re a fan of maltesers and love Christmas puddings, why not combine the two? 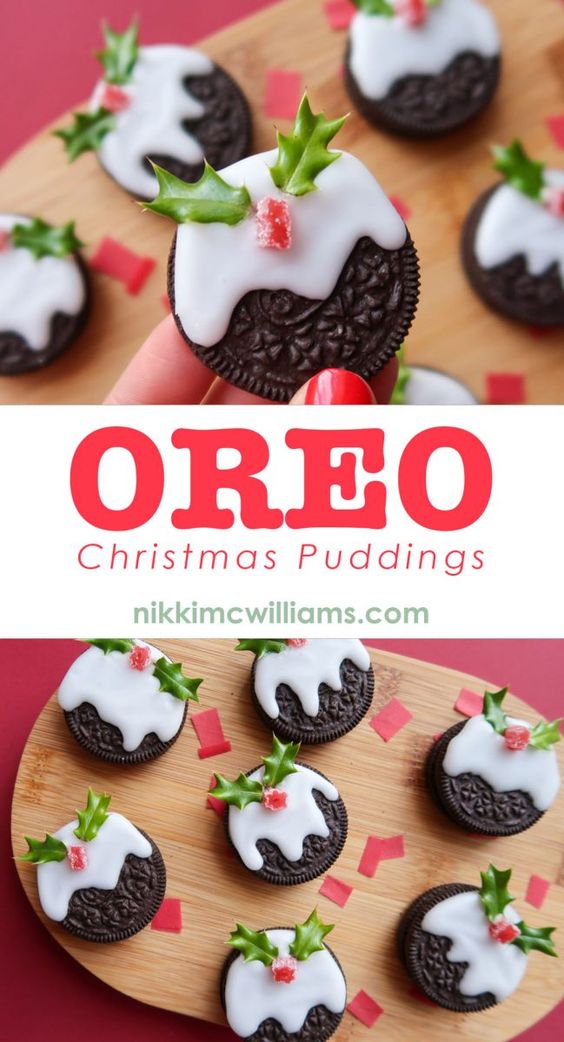 These little Oreo cookie Christmas Puddings are super easy to make. They’d make the most perfect little Night Before Christmas cookies for Santa, or as sweet snacks between opening gifts on Christmas morning.

This remarkably easy, rich, sticky and spicy-but-not-overpowering pudding has a hint of chocolate. It’s love at first taste! 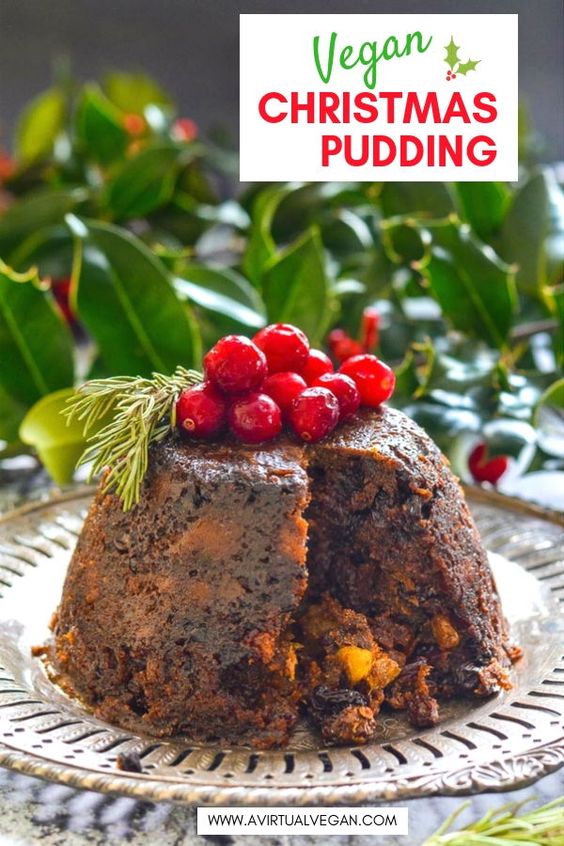 The Ultimate Vegan Christmas Pudding. It’s dark, rich, fruity, moist & boozy & so much lighter than the dense, heavy puddings you might have tried in the past!

Aren’t they so cute! They would make a lovely gift – you could wrap them individually or put several in a little box and tie it with a ribbon!

These mini Christmas puddings that taste JUST like the real thing but are made from nothing but raw, healthy and natural ingredients. Yep, right down to the decorations on top!

This site uses Akismet to reduce spam. Learn how your comment data is processed.